The bulk of this update is about the weekly games. All weekly games have had their prize pools changed, new bouses/options added, and rules clarified. Games will no longer be posted on their corresponding day of the week. Instead, a new Game Hub (here) will host all games and update every Sunday with new comments. This means players now have 7 days to submit for every game before the comments close on the following week. As well, since games will no longer be hosted on their "specific days" (example: Saturday Gambit on Saturday), all games now have new names.

Games will also no longer be hosted directly in journals. The Game Hub is simply a journal for comments and it will link back to World of Griffia, where the rules and all important information will be hosted.

Game Update - Game Bonuses
All games now have an Art Option and Theme of the Week added to them. The Theme of the Week will be universal across all games for the week. Depending on the game the Art Option unlocks a game-specific item or allows the player to get an extra slot/attempt for their effort. This varies from game to game, so please check them all for their individual prizes.

As well all games now have a Companion Bonus. Should players choose to take the Art Option when entering weekly games, they can now also include their beloved companions for a universal 5 GC bonus for just including them in the art so long as they are tamed and attached to the Griffolk. A Griffolk can only use one Companion for the bonus, no matter how many Companions are included in the art, the bonus will always be 5 GC.

Game Update - Games
Here are all the revamped games, I really hope you enjoy them. I really encourage you to look through each one to check out their new prizes and rules!

Treasure Hunt - Character Cap
Treasure Hunt (formerly Treasure Friday) now has a character cap of 50 per comment. This cap only applies to the comment portion of the game, as the new art portion is limited to one character.

Now that all the games are updated, formated, and balanced, the long-awaited Magic Familiar Update is now live. This change is reflected in all Games, Trials, and Classes as of this update. Magic Familiars will now be usable in Prompts and Events. Now all Magic Familiars can be used at the same time in the same art. While working on this update, after a lot of trying to include Magic Familiars into the comment sections of the games. These changes could not be made without seriously compromising the economy or the integrity of the activities. That is not something that benefits the games or Griffia. So Magic Familiars will still need to be included in the art to count for bonuses.

Things to Note:
- Magic Familiars are not usable in Bay's Token Prompts as that activity already allows players to turn in previously turned in art. We are removing the word prompt from her activity to remove confusion.
- Magic Familiars are not usable in DTGBY as it just goes against the spirit of that activity as it is about giving gifts.
- Magic familiars only need to be drawn once in time loot to be counted for all three activities. 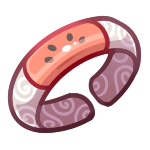 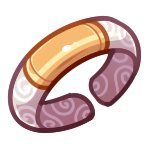 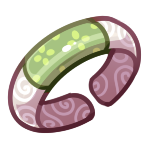 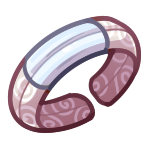 Companions - Uber Tamer Fruit
The Uber Tamer Fruit has been turned into the Love Petal. I have heard that the mods are still hard at work on the GIC Cards, which will be the reference material for creating your own companions (as long as they are tamable of course). With the release of Frootie, it was a little confusing to have this item be a fruit - since Frootie is meant to allow players to exchange fruit for another fruit. It also didn't quite fit into the lore, Griffian's come from Love Items! There will be more lore for these items but that will occur in the next large update.

Companions - Theme Changes
In our last update companions got themes again, which was very exciting, to say the least! Personally I love having companions, but what happens if you get a companion from another player and it has a theme you find somewhat... unsavory. Fret not! Our elite scientists and bakers have concocted an item just for you called the Companion Theme Biscuit. The Companion Theme Biscuit will allow players to re-theme a Companion even if it already has a theme. Players can still give a theme to a themeless companion for free here. But this item is for theming an already themed companion. As a note, there are no plans to ever add an item like this for Griffolk ever. This is because of the taken lists and theme restrictions that Griffolk have.

Void Well - Rates
We want to encourage players to play our games' to earn GC. Since the games prizes have been changed, in an effort to keep things balanced, the return rates in the void well from 50% to 30% across all items. We will monitor this closely to see how it impacts the economy and other activities. Players will have until April 18th to use the old rates. 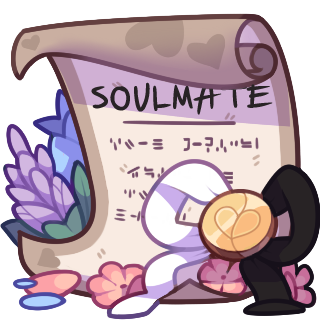 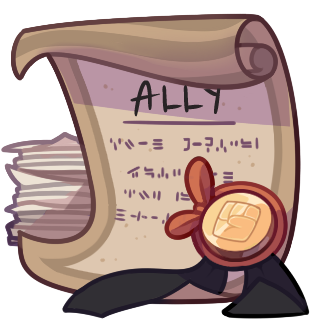 Join the Group  |  Support us on Patreon