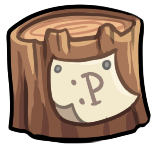 REMINDER - Magic Familiar Collection
Please ensure you collect your Magic Familiar bonuses for the old versions of the weekly games, so we can retire them! Players have a week (April 5th) to collect.

CHANGE - Game Comment Chains
Weekly Games and DTBG will now have their opening comments made by Griffiabot. Players who do not complete DTGBY within 7 days will be "blocked" on the account until the art is completed, meaning the user cannot enter any games. This is a measure to help enforce DTGBY. Griffiabot will also be creating all Weekly Game comments for the same reason.

**Note: Time Loot's comment will not be made by Griffiabot, however, we will be checking all entries before rolling from this point forward. If players are late, their entry will be hidden.

Players with outstanding DTGB entries will receive a note informing them that they are still late. Players who were late before this update will have 7 additional days to complete and turn in the artwork. After those 7 days, they will be blocked. Each time you are blocked by Griffiabot, it will constitute a strike. Once players reach a total of 3 strikes they will be barred from all games for a year. If you are blocked by Griffiabot players will need to contact the group via a note to turn in art and be unblocked.

CHANGE/CLARIFICATION - Soulmate Bonus
When the Soulmate Bond is broken, the bonus can no longer be used. However, this has not been automated yet. Currently, there is no way to track what familiars and relationships were added through the Soulmate Bonus. Since all Familiars can now be used at the same time, there is a loophole that needs to be addressed. Recently, the Magic Familiars were updated for the new systems. As many players know, while we are in the process of overhauling the old systems we have left some passives and bonuses active. Additionally, we have not been removing extra Familiars, Eather Beasts, or Companions that were gained through Soulmate Bonds because previously it was not an obvious loophole.


Problem:
Some parts of the current Soulmate Bonuses are creating a loophole in regards to Magic Familiars, Eather Beasts, and automatically tamed Companions that is unintended. The Soulmate Bonus allows Griffians to share passives. This is allowing characters to repeatedly Soulmate to the same Griffian (Mythical/Mythiflora Bagbeans, Bagbeans in general, and Casters) to collect all 4 Familiars, both Eather paths, or free taming.


Solution:
Remove some parts of the Soulmate Bonus from this point forward. The benefit of this solution is that it still allows players to utilize the retired passives that don't break the game, and removes the issue. It also eliminates the need for us to backtrack and take away Familiars, Eather Beasts, and Companions earned in this loophole from players. We didn't detect this issue, it occurred sometime during the transition from the DA masterlist to the visual masterlist, so we are allowing players to keep everything if they have them. The only reason these methods are a problem is that it is impossible to track with our current system and is not working as intended any longer.


What parts will be removed?:

What parts will still function?:

- Soulmates can join the monthly Soulmate Raffle for a chance to receive Love Items.
- Both Soulmates can still be drawn in each other's Trials, Classes, and Time Loot.
- If a Soulmate Bond is shared between two players they can still draw each other's Trials, Classes, and Time Loot.
- Soulmating with a Terradragon or Parasplicer still allows you to Shapeshift
- Soulmating allows you to share Allies
- Soulmating allows you to share levitation with levitating Griffolk
- Automatic Mature time activities if Soulmated with Griffians with that passive


How can I get 4 Familiars?:
With the current fix, you can still get 4 Familiars. This may change in the future once passives and status perks are announced, but for right now this is how players can earn all 4. If and when that changes players will have the typical 30-day notice.

**Note: (The class still needs to be completed 4 times to get all 4 Familiars)

How can I get both Eather Beasts?

- Become Enlightened (acquire all statuses) and get both Eather Beasts.

**Note: (The class still needs to be completed 2 times to get both Eather Beasts)

The only reason this has no 30-day warning is this is an unintentional loophole and not a feature.