We wanted to take the time to more personally explain a new rule going into effect today. Rule 1.2 is listed at the bottom of this update and is an additional security measure the owners have agreed to put in place. Griffia has been open to new accounts since our inception and we absolutely welcome users returning to DA or migrating from other platforms. We try our hardest to be welcoming with a simple joining process. However, this openness has left us vulnerable to ban evasion and these problems take precious time away from development. So, we are applying a rule to restrict new and empty accounts for not only ourselves, but also the safety of the community. This new rule will make it much easier to monitor new accounts who are genuinely here to have fun, and not abuse the system. New members can easily get their accounts in good standing by having established and active DA accounts. An example of this for new users would be doing gift art or drawing NPCS. We apologize for anyone this currently affects and hope you understand. This is going to save us a lot of time and make the community a safer place. We really appreciate everyone in advance for taking the time to read this.

World of Griffia is free to join, but empty accounts will be heavily scrutinized if the attached DeviantART is empty, new, or inactive. World of Griffia reserves the right to decline any account access to game features, the Bagbeans group, and worldofgriffia.com if your account is suspicious. It is recommended that users have multiple artwork and any type of recent works before joining to avoid being scrutinized. This even applies to older DA accounts which have not been active recently. Users caught purchasing pre-existing DA accounts to evade this rule will be banned without exception.

New users and empty DeviantART accounts will have limited acess to:

Users who do not have DA accounts that fit the criteria above can still have their characters put into their name. However, they will be put in their name as a Manual Account. Manual accounts cannot interact with the site until a valid WG profile claims them. Manual Accounts can be claimed at any time on the user profile. However, if the DA account does not meet all the criteria listed in 1.2 then claiming the Manual Account may be declined until the DA fits all criteria. These characters fully belong to the user even though they are not usable on the site until it is connected. Characters that are on Manual Accounts are transferable, but only by a mod in Account Support. They cannot be transferred using on-site transfers. 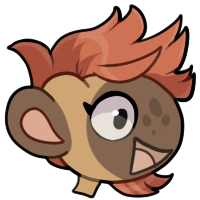 "If you need help let us know!"